★★★★★ “Sparse and at times just plain peculiar – but in a brilliantly original way. It’s magnificent.” The Independent

“Under the excellent 32-year-old conductor Hugh Brunt, in his Philharmonic debut, Jonny Greenwood’s hauntingly strange and inventive score for ‘There Will Be Blood’ made the movie seem both stunningly new and an instant classic.” The New York Times

In 2014 Hugh Brunt conducted the world premiere live screening of Paul Thomas Anderson‘s Academy Award-winning film at the Roundhouse, accompanied by a 52-strong London Contemporary Orchestra with composer Jonny Greenwood performing the ondes Martenot part. The score features passages from Greenwood’s compositions Popcorn Superhet Receiver and Bodysong (the latter used in the track Convergence), as well as works by Arvo Pärt and Brahms. All these cues have been collated into one ‘performance edition’, offering a complete representation of the original film, shown in a striking new light.

LCO has been performing Jonny Greenwood’s compositions since 2008, has toured with him across Europe premiering new material written by Greenwood for the ensemble, and recorded his scores for The Master, Phantom Thread and You Were Never Really Here.

Most recently, Hugh Brunt has conducted the New York Philharmonic and Melbourne Symphony Orchestra in sold-out performances of There Will Be Blood.

By arrangement with Paramount, Miramax and Park Circus Films.

“On the podium, conductor Hugh Brunt is polished, poised, and precise, neither intruding upon the movie, nor hiding away the labors required to produce music this complex.” ZEALnyc

“…the effect was superb… a singular audio-visual journey into a heart of darkness.” The Times

“Witnessing the orchestrations come to life, conducted by Hugh Brunt, illuminated the vital importance of music to ‘There Will Be Blood’… It brought home the contrasting subtlety of Greenwood’s music, and the restrained power with which the London Contemporary Orchestra played… a pitch-perfect accompaniment for the onscreen action.” Financial Times

“MSO brings hard-edged grace to Greenwood score… the true triumph was in the softer arrangements. ‘Eat Him by His Own Light’, ‘Oil’ and ‘Prospectors Arrive’ were all magnified by Brunt’s restraint.” The Sydney Morning Herald 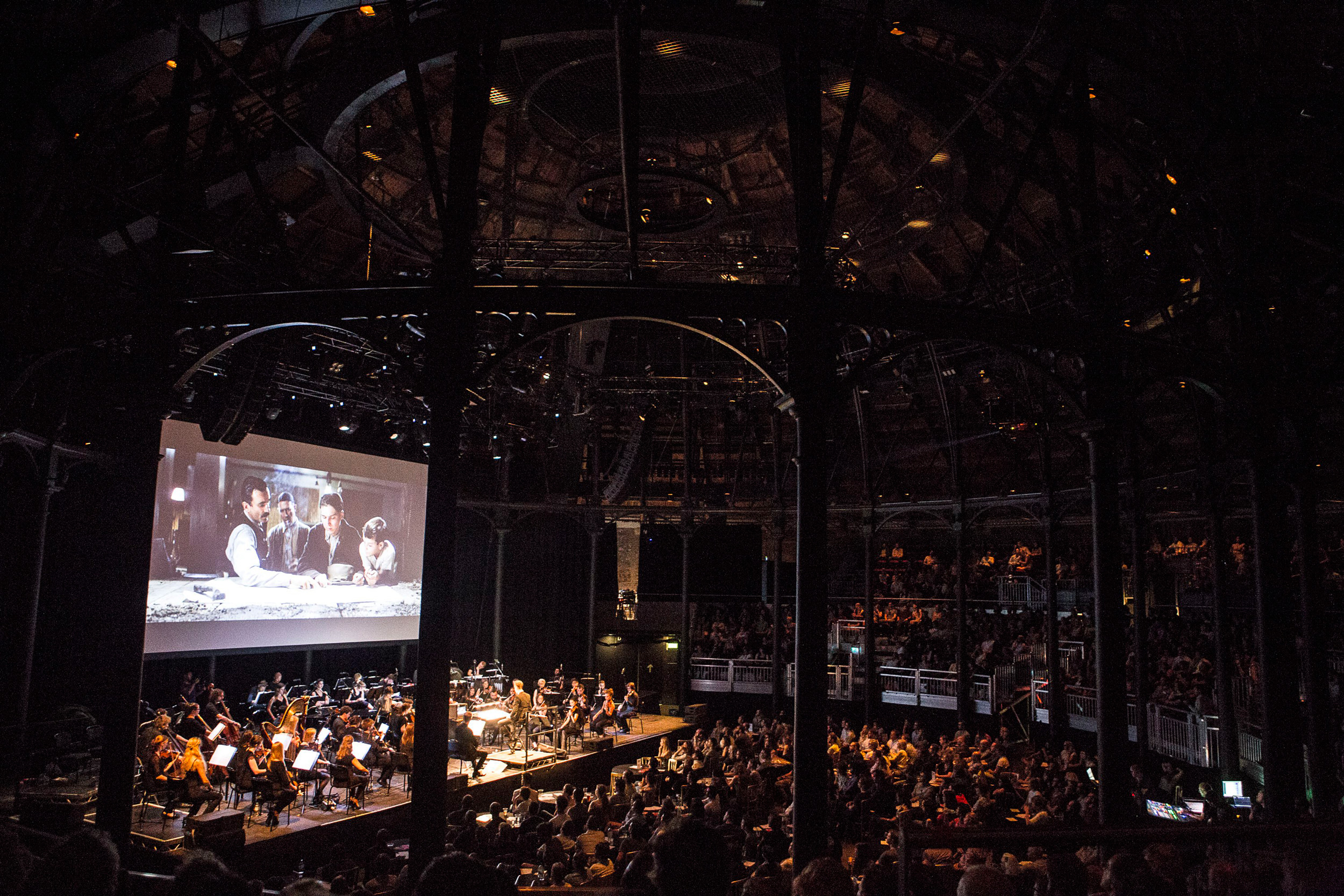